This search form uses an instant search feature. As you type, search results will appear automatically below the search field. When you've entered you desired search terms use tab to navigate through the available results and hit enter to open the selected page or document.
Red Balloon Sails from Arkansas to Quebec
Lauren Goins
Tuesday, November 17, 2015 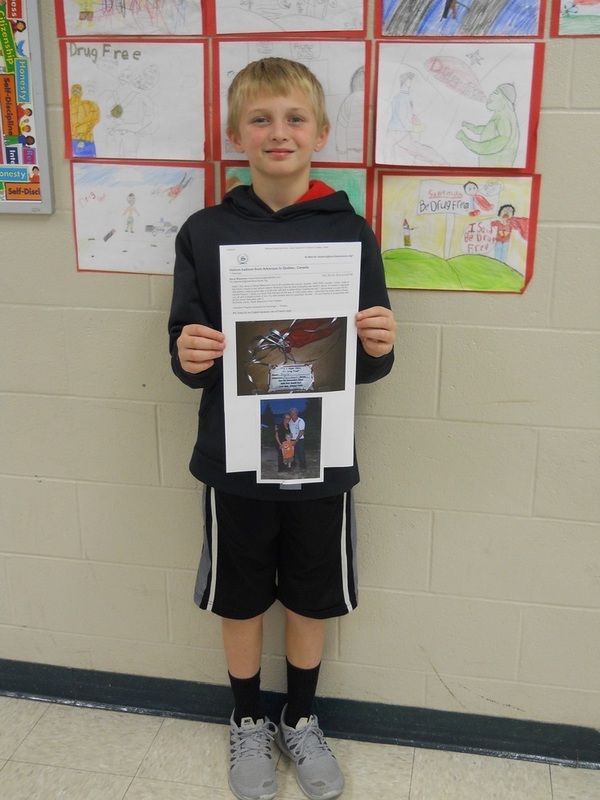 East End Intermediate School recently received an email that came all the way from Quebec, Canada, stating that the red helium balloon released by Peyton, an EEI fifth-grade student, had been found by René Rhéaume.

According to Rhéaume, the balloon, about 10 inches in diameter, was found hanging on a tree branch in the forest, 1,590 miles away from East End.

Attached to the balloon, was a tag that included Peyton’s first name, his teacher’s name and an address for the finder to respond back to EEI. Like the rest of the balloons released by the EEI students, it also included the statement, “I’m a superhero, I’m drug free!”

On Oct. 28, 2015, more than 500 balloons took to the sky as part of EEI’s Red Ribbon Week. During Red Ribbon Week, the school coordinates several fun and creative activities to encourage students and all who find a balloon to stay drug free. The Red Ribbon Balloon Release has been a part of this tradition for several years.

“Our students are very excited that for the first time one of their balloons flew out of the country,” said Sheridan School District Superintendent Jerrod Williams.

This year, EEI also received responses from two other individuals who found balloons in Vermont and Alabama.