No student in the Sheridan School District shall, on the grounds of race, color, religion, national origin, sex, sexual orientation, gender identity, age, or disability be excluded from participation in, or denied the benefits of, or subjected to discrimination under any educational program or activity sponsored by the District.

Any person may report sex discrimination, including sexual harassment, to the Title IX Coordinator in person or by using the mailing address, telephone number, or email address provided below. A report may be made at any time, including during non-business hours, and may be on the individual’s own behalf or on behalf of another individual who is the person alleged to be the victim of conduct that could constitute sex discrimination or sexual harassment.

Inquiries regarding issues related to Title IX shall be directed to the Sheridan School District Title IX Coordinator:

Inquiries may be made externally to:

The District shall offer supportive measures to both the complainant and respondent that are designed to restore or preserve equal access to the District’s education program or activity without unreasonably burdening the other party before or after the filing of a formal complaint or where no formal complaint has been filed.

A formal complaint may be filed with the Title IX Coordinator in person, by mail, or by email. Upon receipt of a formal complaint, a District shall simultaneously provide the following written notice to the parties who are known:

If in the course of an investigation, the District decides to investigate allegations about the complainant or respondent that are not included in the previous notice, the District shall simultaneously provide notice of additional allegations to the parties whose identities are known.

When investigating a formal complaint and throughout the grievance process, a District shall:

After the investigative report is sent to the parties, the decision-maker shall:

The written determination shall be provided to the parties simultaneously. The determination regarding responsibility shall become final on the earlier of:

The District may hire an individual or individuals to conduct the investigation or to act as the determination-maker when necessary.

Either party may appeal a determination regarding responsibility or from a dismissal of a formal complaint or any allegations therein, on the following bases:

For all appeals, the District shall:

Reports of sexual harassment, both informal reports and formal complaints, will be treated in a confidential manner to the extent possible. Limited disclosure may be provided to:

Except as listed above, the District shall keep confidential the identity of:

The District may remove a respondent from the District’s education program or activity on an emergency basis only after the completion of an individualized safety and risk analysis that determines that an immediate threat to the physical health or safety of any student or other individual arising from the allegations of sexual harassment justifies removal. A removed student will be provided with notice and an opportunity to challenge the removal decision immediately following the removal.

Students, or the parents/legal guardians/ other responsible adult of a student, who submit a report or file a formal complaint of sexual harassment; testified; assisted; or participate or refused to participate in any manner in an investigation, proceeding, or hearing on sexual harassment shall not be subjected to retaliation or reprisal in any form, including threats; intimidation; coercion; discrimination; or charges for code of conduct violations that do not involve sex discrimination or sexual harassment, arise out of the same facts or circumstances as a report or formal complaint of sex discrimination, and are made for the purpose of interfering with any right or privilege under this policy. The District shall take steps to prevent retaliation and shall take immediate action if any form of retaliation occurs regardless of whether the retaliatory acts are by District officials, students, or third parties.

It shall be a violation of this policy for any student to be subjected to, or to subject another person to, sexual harassment. Following the completion of the District’s grievance process, any student who is found by the evidence to more likely than not have engaged in sexual harassment will be subject to disciplinary action up to, and including, expulsion. No disciplinary sanction or other action that is not a supportive measure may be taken against a respondent until the conclusion of the grievance process.

The District shall maintain the following records for a minimum of seven (7) years:

Consequences for misbehavior found to be true under Title IX can range from a verbal reprimand to expulsion from the school district for students and up to termination for district employees.

US DEPARTMENT OF EDUCATION OFFICE FOR CIVIL RIGHTS TRAINING LINKS: 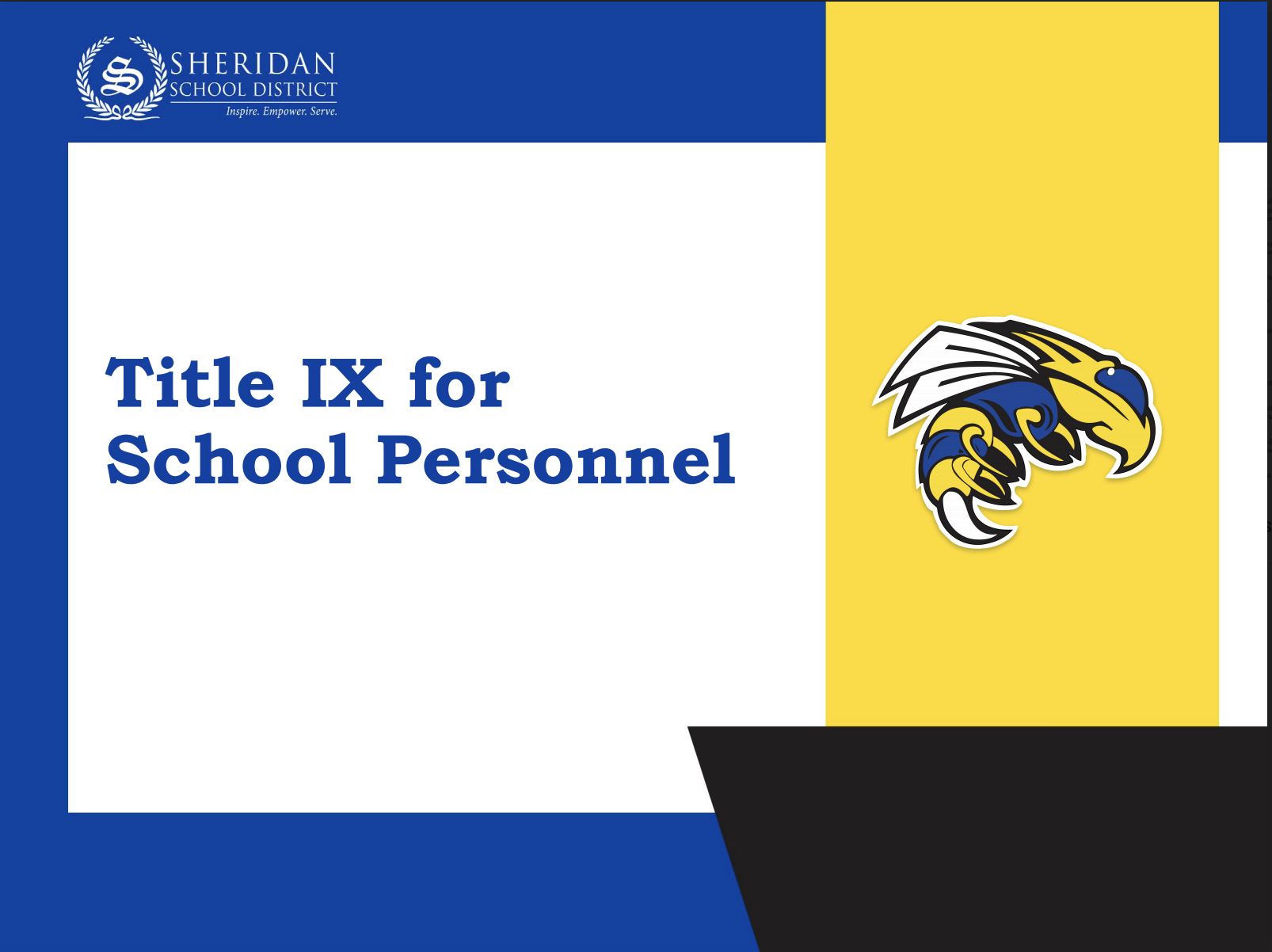 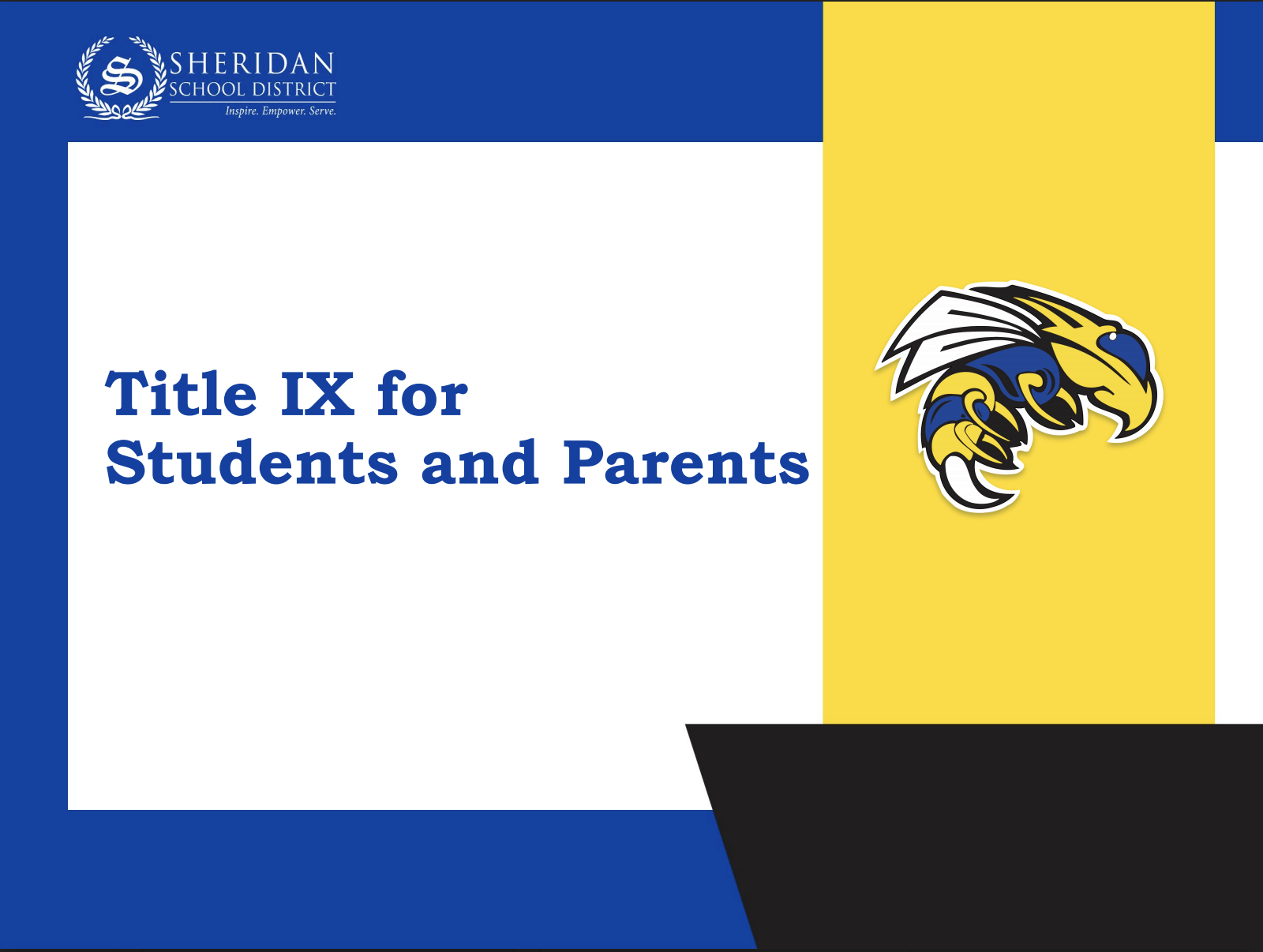