This search form uses an instant search feature. As you type, search results will appear automatically below the search field. When you've entered you desired search terms use tab to navigate through the available results and hit enter to open the selected page or document.
SHS Graduate Presents Impact Awards to Former Teachers
Lauren Goins
Friday, May 27, 2016 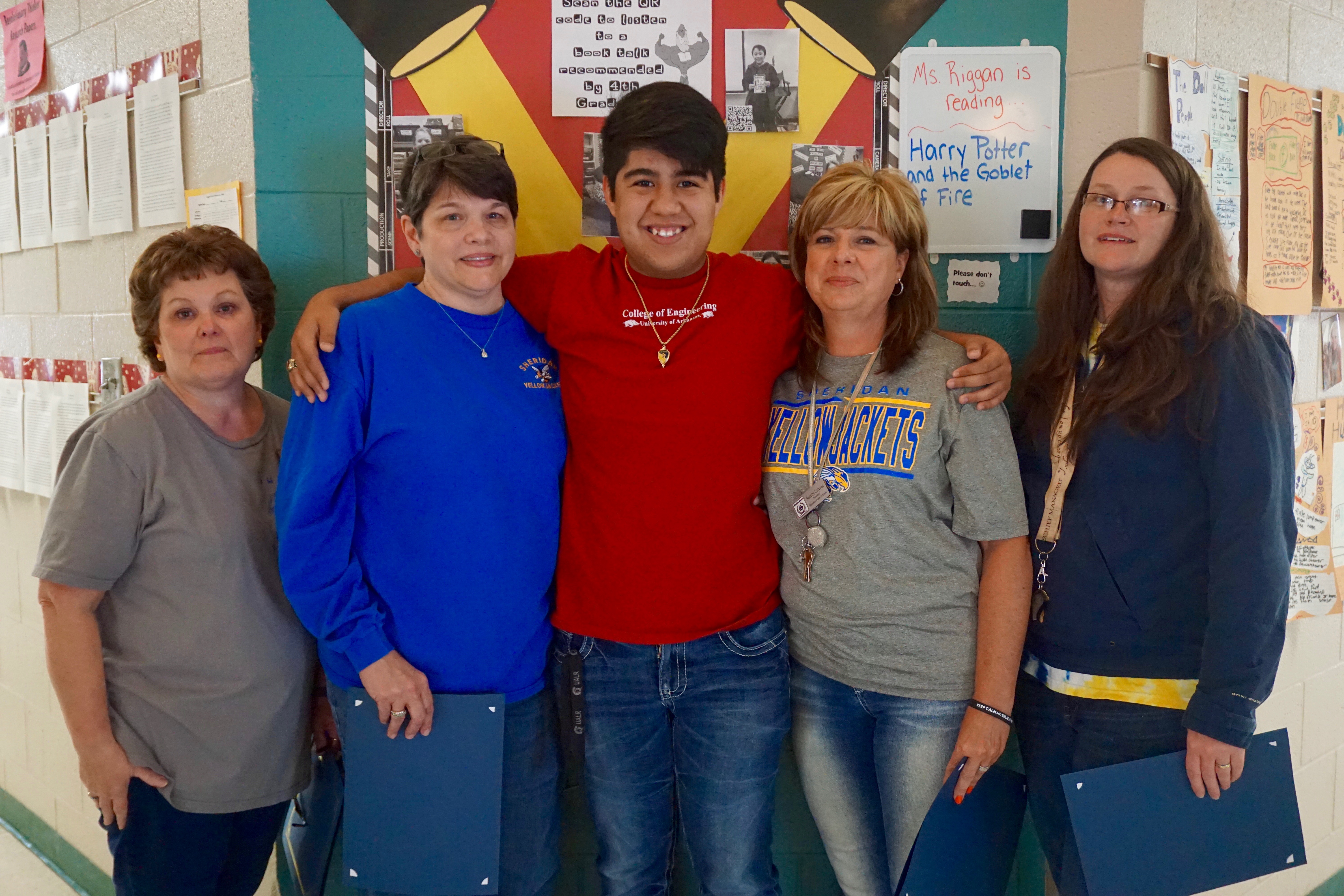 May 20, 2016, days after completing their last class at Sheridan High School, several graduating seniors returned to Sheridan schools to present Impact Awards to their favorite teachers. These students wanted one more chance, before moving on to the next chapter of their lives, to express gratitude to those teachers who made the most significant impact.

Among these students was Jesús Rojas, who moved from Mexico to East End in the fourth grade. On his first day of school at East End Intermediate, Rojas did not understand English.

When asked how he felt at the time coming to a new school full of strangers who did not speak his language, Rojas said, “I was not scared. Although I liked my life in Mexico, I knew I would like it here, too. I saw it as a bigger opportunity for me.”

The way he felt about his new life in East End was greatly influenced by the school’s teachers and secretaries. “They were such a blessing,” he said.

When presenting Impact Awards to his former teachers — Alisa Alderman, Liz Diemer, Nanette Galyean and Jodi Holladay — he told them he wanted to thank them for all the extra time they spent helping him with his studies while he learned English. He added that he felt they were the key to his success.

In addition to these teachers, he presented an Impact Award to Angie Pitts, who is now a teacher at Sheridan Jr. High. “She was never actually one of my teachers,” said Rojas. “But she was the kindest person I had ever met. She always made me feel welcome.”

Rojas’ teachers, as well as the other teachers receiving Impact Awards that day, were very grateful to see their former students again and hear how they influenced their lives.

One of Rojas’ teachers, Nanette Galyean, said it was nice to come full circle to see former students thrive. “It makes us know that we are in the right place.”