This search form uses an instant search feature. As you type, search results will appear automatically below the search field. When you've entered you desired search terms use tab to navigate through the available results and hit enter to open the selected page or document.
Sheridan Graduate Named AP National Scholar and Receives National Merit Scholarship
Lauren Goins
Wednesday, July 20, 2016 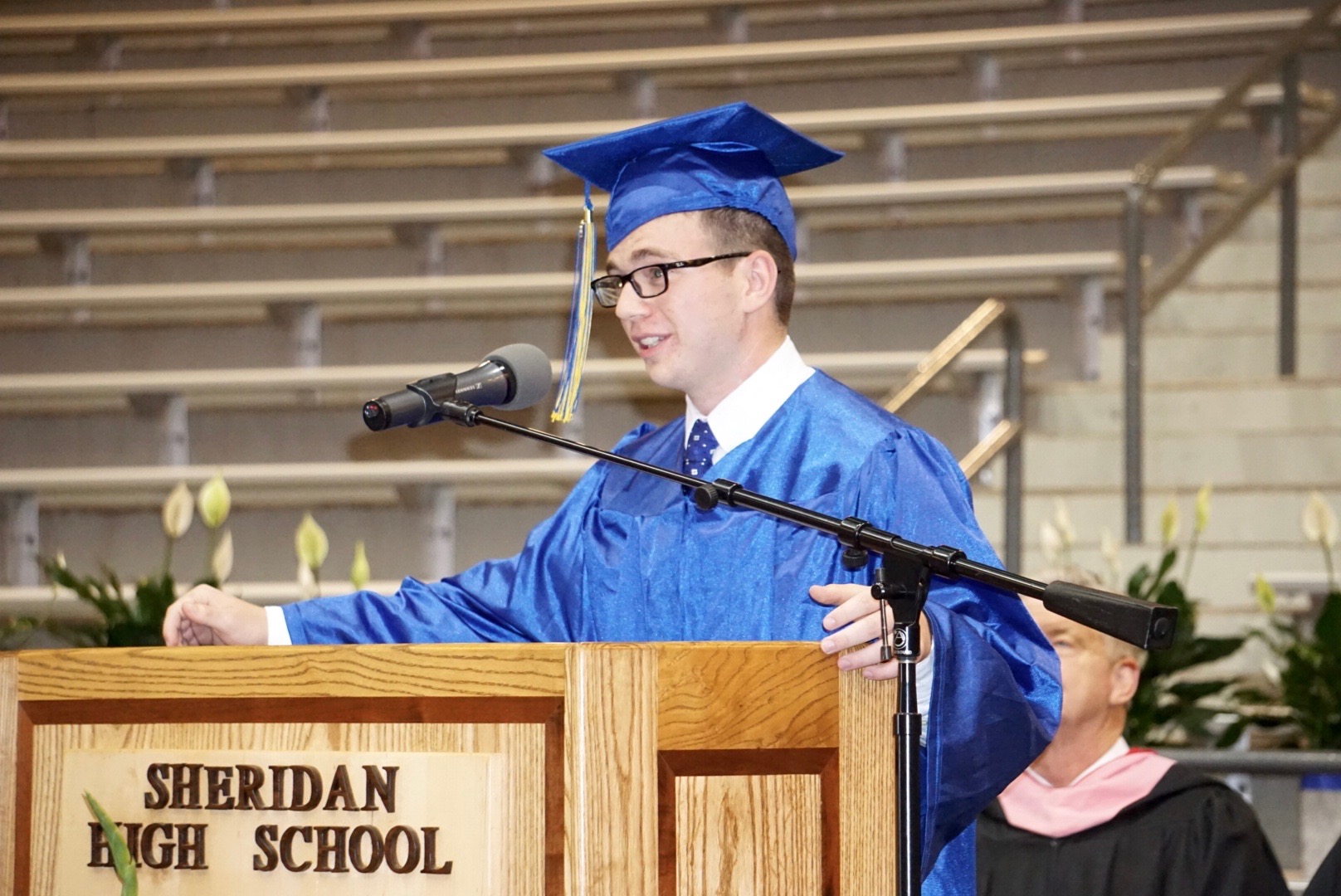 Each year the College Board designates various levels of AP Scholar Awards in recognition of outstanding achievement on Advanced Placement Exams. On July 17, College Board announced that Thompson earned the AP National Scholar award based on qualifying scores on twelve AP Exams, ten with scores of 4 or 5.

The AP National Scholar distinction is the highest level awarded by the College Board. To qualify, a student must receive an average score of at least 4 on all AP Exams taken, andscore 4 or higher on eight or more of these exams.

On July 18, the National Merit Scholarship Corporation released the names of the students receiving college-sponsored scholarships. Thompson was among 11 students in Arkansas and approximately 800 students in the nation included on that list of recipients.

More than 1.5 million juniors entered the 2016 National Merit Program competition by taking the Preliminary SAT/National Merit Scholarship Qualifying Test. Only 15,000 students were advanced to the Finalist level based on excellent qualifying PSAT scores and other criteria.

“Dylan is a very gifted and dedicated student.” said Roy Wilson, Sheridan’s Gifted and Talented / AP Coordinator. “I was pleased when I learned this week that he was awarded both the distinction of AP National Scholar and a National Merit Scholarship.”

Thompson, son of Jason and Dawn Thompson, will attend Honors College at the University of Arkansas at Fayetteville. As a senior at Sheridan High School in 2016, Thompson also was among the 20 high-achieving students in the state who made the Arkansas Times Academic All-Star Team. In April, Thompson received the Most Valuable Player Scholarship at this year’s 6A State Quiz Bowl championship.