This search form uses an instant search feature. As you type, search results will appear automatically below the search field. When you've entered you desired search terms use tab to navigate through the available results and hit enter to open the selected page or document.
Maggie Hicks Named Wendy's Softball Player of the Year
Lauren Goins
Thursday, May 17, 2018 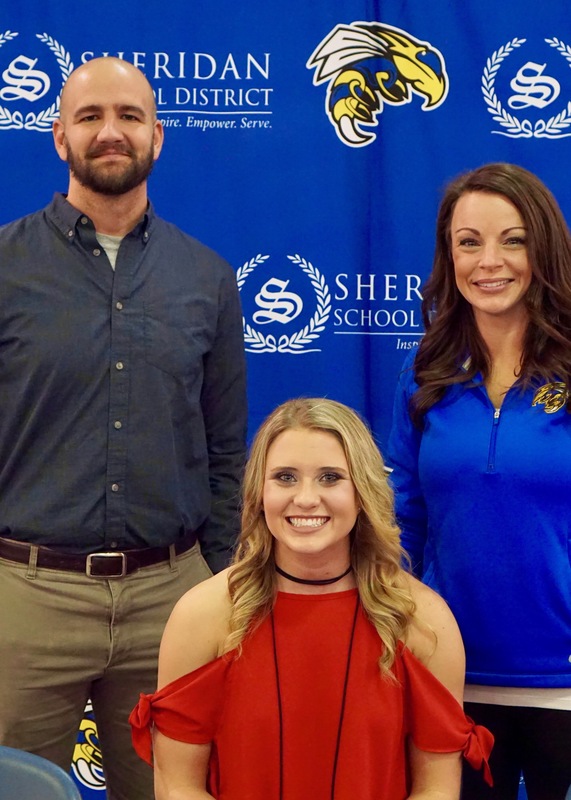 The Arkansas Activities Association announced today that Sheridan High School senior, Maggie Hicks, is the 2017-2018 Wendy’s Softball Player of the Year. Hicks will be honored at the Wendy’s Player of the Year Luncheon on May 21 at the Holiday Inn Airport Conference Center in Little Rock.

Sheridan’s Head Softball Coach Tamara Strawn says Hicks is every coach’s dream as a player. “Maggie makes plays that are only seen on ESPN,” said Strawn. “She is faster than a hiccup and will do whatever it takes for her team to be successful. Maggie is well deserving of this award and any other award she has received. She has sure helped pave a rock solid foundation in our Lady Jackets softball program," said Strawn.

But according to Strawn, what makes Hicks really stand out as a player is her character.

“Maggie is a great leader, has the most respectful and humble character, and is an outstanding role model and mentor for her teammates and future players,” said Strawn.

Off the field, Hicks is an excellent student with a 3.89 GPA. She served on the Student Council throughout high school and was crowned Homecoming Queen and Prom Queen her senior year.

Even with all her success in softball, Hicks said she was completely caught off guard when she learned she was named the Wendy’s Player of the Year. “There are so many good players out there,” she said. “I am very honored to have been chosen as Wendy’s top pick.”

“I would also like to thank my family, teammates, coaches and friends,” she added. “A special thanks to my parents for providing me with everything I need and always going the extra mile for me. I’d also like to thank my coaches for helping me become the player I am today. I wouldn’t be the player I am today if it weren’t for them always pushing me and teaching me the skills I needed.”

Next school year, Hicks will play softball for the Arkansas Razorbacks, a dream she has had since she was a little girl. She plans to study social work and become a counselor after college.