This search form uses an instant search feature. As you type, search results will appear automatically below the search field. When you've entered you desired search terms use tab to navigate through the available results and hit enter to open the selected page or document.
EDIT MAIN

Clayton Vaden of Lewis Architects shared a brief update of the working drawings (see below) for the high school addition at the school board meeting held July 17 in the Central Administration Board Room. In closing remarks to the board, Vaden said there was a lot going into the addition, but he tried to design the building as efficiently as possible. "This is a really nice sized addition, which will really improve the look of the high school campus."

The addition will include: 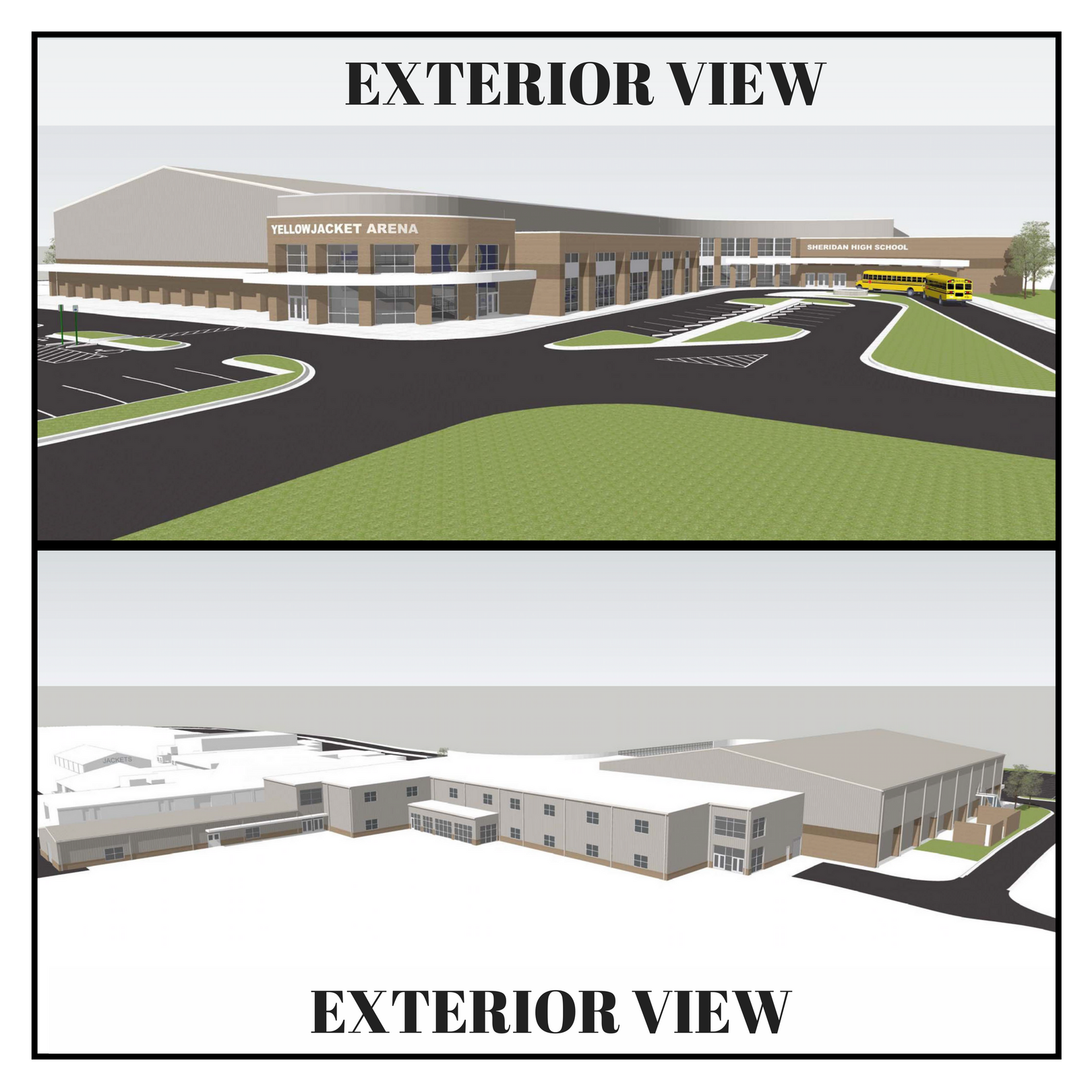 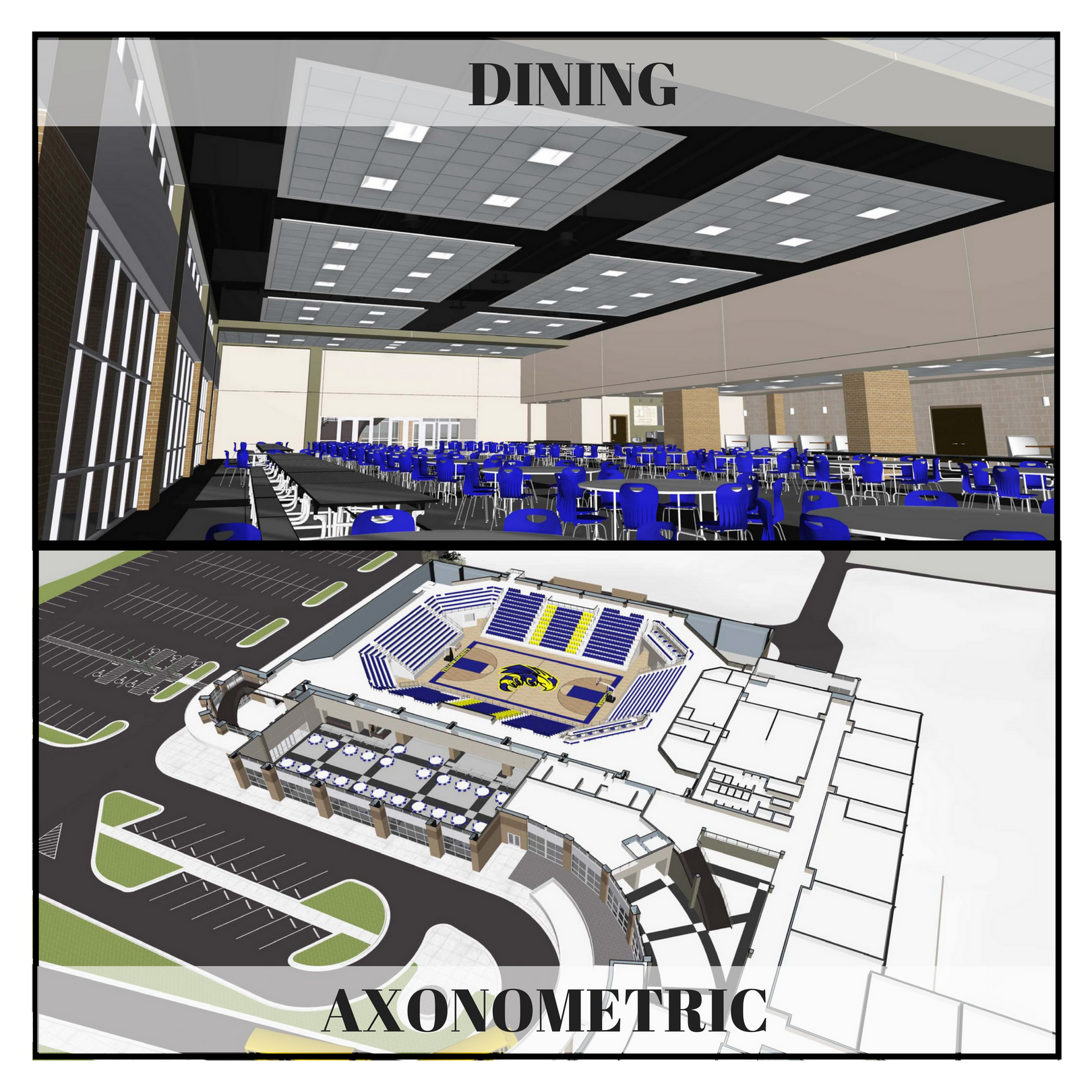 Clayton Vaden of Lewis Architects shared a brief update of the working drawings (see below) for the new East End Middle School at the school board meeting held Aug. 14 in the Central Administration Board Room. Click here for the EEMS floor plan. 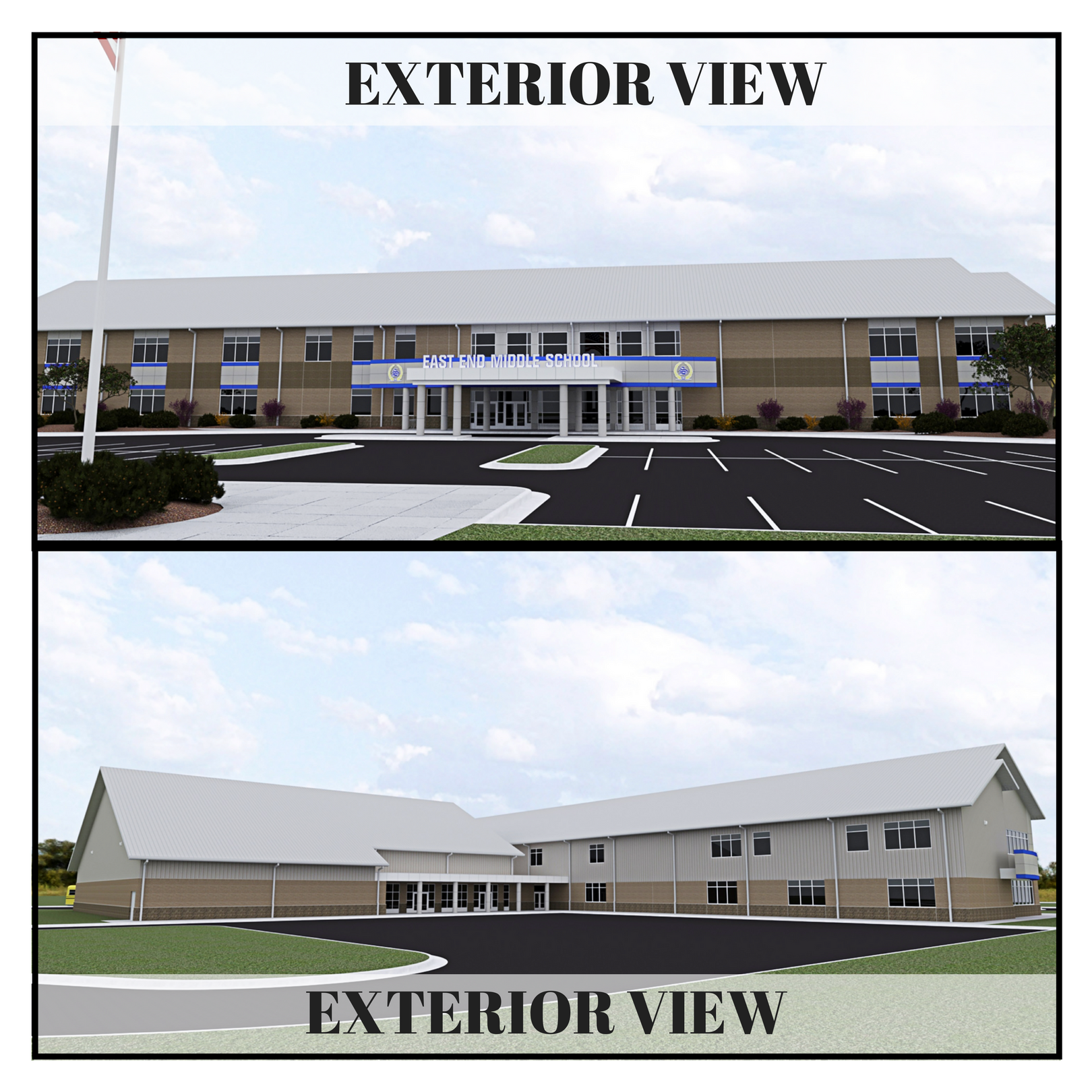 The following editorial, written by Superintendent Jerrod Williams, was included in The Sheridan Headlight, issued Aug. 30, 2017. The editorial provides details about the progress of our facility projects.

The 2018 school year is off and running. I would like to take this opportunity to thank everyone for their patience with the improvements made this summer at many of our campuses. We recognize that change is hard on a routine, but our students and staff are going to be safer with the finished products. Our teachers and building leaders appreciate the many positive comments that have been expressed to them over the last two weeks.

Upon examination, we think you will see the traffic flow at SIS and SES have made the surrounding neighborhoods more accessible in the event of an emergency and will provide extra parking for events at the campuses as well as events at the stadium. This area has already served as an alternative location for physical education activities when the playground is wet. Our new traffic arrangement is serving many needs for our district.

The safety and security upgrades at four campuses will be up and running after Labor Day. These will restrict access to visitors and will allow us to implement the background check system we have been piloting at SJHS and EEE for several years. This will enable our office staff to keep track of who is entering the building and keep your students safe.

The improvements to Yellowjacket Stadium that were part of the millage campaign are almost complete. These include the accessible seating on both sides of the stadium as well as a new ticket booth on the home side. A covered bandstand that is accessible will be ready by the first home football game as well. We have worked to address other items at the stadium as well as the campuses needing attention during construction with long-term fixes.

Even with all these improvements made to our facilities, the district continues to build its fiscal solvency while also adding to our employees salaries. We have paid cash for many purchases, that in years past, would have been purchased with short-term loans. We have also met the legal balance cap set forth by the 2017 legislature and will transfer the remaining funds to our building fund. This solvency is the result of operating more efficiently and utilizing best practices in staffing. Because of these efficiency efforts, we have added $3,000 to our base teacher salary schedule, and we have paid cash for the last eight bus purchases. Additionally, we have grown our fiscal balance by more than $4 million, which will ensure we have funds available for emergencies as well as smaller projects needing to be addressed when state funding is not available. Good stewardship of taxpayer dollars is a top priority at our school district, so we are very proud of these accomplishments.

The district is also looking at future plans and future needs with facilities. The improvements to specific campuses are made with a long-term plan for growth, replacement and maintenance.

We recently purchased land for a centralized warehouse. Though we had not planned on purchasing land for a warehouse any time soon, it became a necessity when the current rented warehouse was sold to Kohler. The site is large enough to accommodate future growth and future needs of our 6A district. Long-term the transportation depot (currently located beside the Alternative Learning Center) and centralized receiving can be moved to the site freeing up space for growth at the ALC and SHS campuses.

We are blessed to live in supportive communities. Our children, faculty and staff are encouraged daily by your support for their education, extracurricular activities and well-being!

The land has been cleared, and we are finalizing the working drawings for East End Middle School. 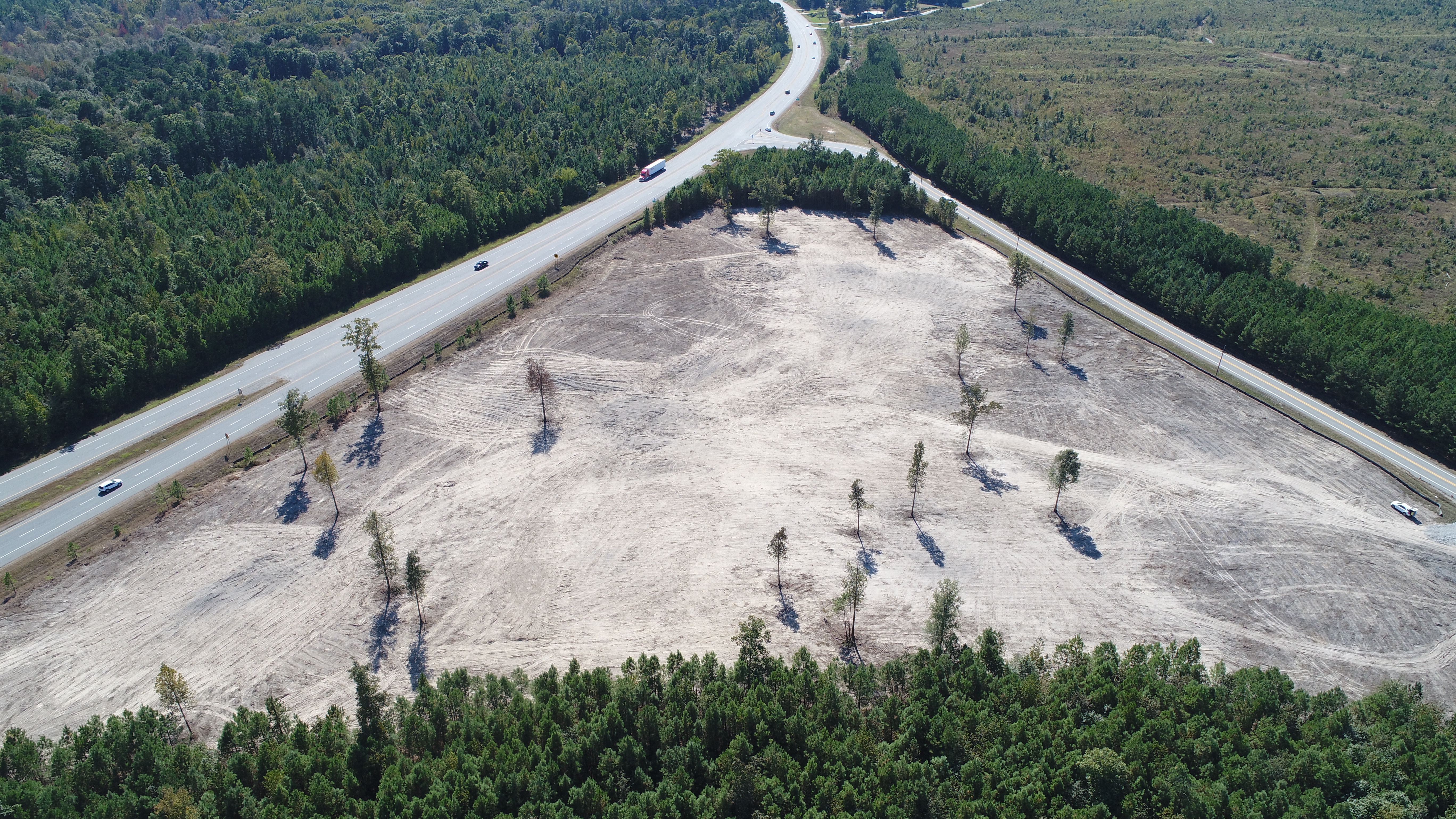 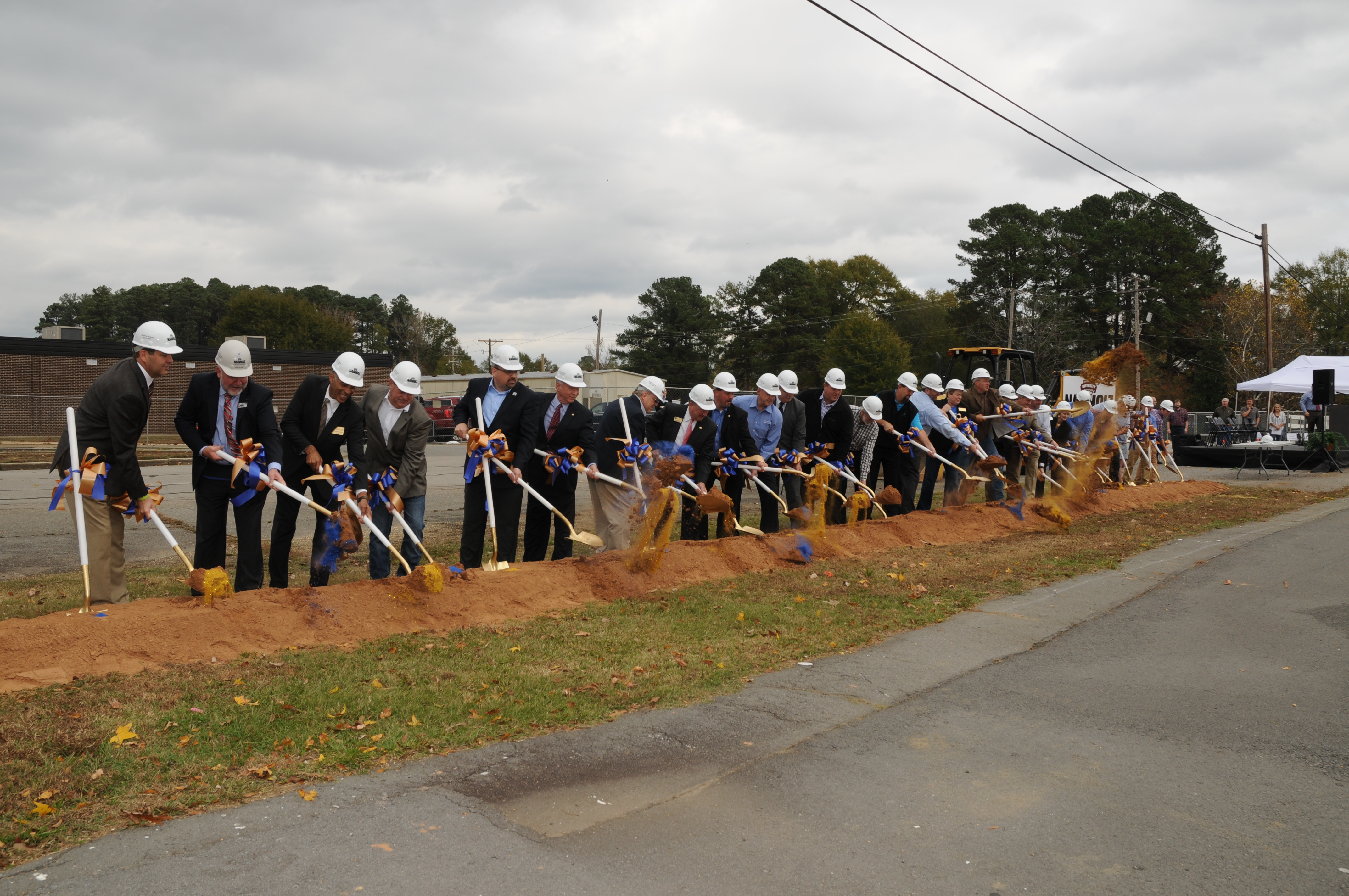 The new construction will feature Career Technical Education classrooms, including a robotics lab and agri-shop; additional classrooms to move ninth grade to high school; a new library/media center; new special education classrooms; a new cafeteria/dining area that will seat up to 750 people; and a new gymnasium, which will be large enough to host state tournaments.

"Today marks the start of something great and life changing for our community," Superintendent Jerrod Williams said at the ceremony. "It also marks the culmination of many meetings, tours, site visits -- and many more meetings -- to get input as to what you, the Sheridan School District communities, wanted in your new high school," Williams said to nearly 1,000 students and guests.

Excited for her community and the future students at Sheridan High School, Student Body President Ellie Mayberry said: "So many doors are about to be opened with these new facilities, and I cannot wait to see how those new opportunities are seized. I believe I speak for the rest of the student body when I say that we are very excited, and I know that many of us will be returning in two years to come and see all of the changes for ourselves."

Brad Montgomery, the director of Arkansas School Facilities Division, presented a “big check” to the school district in the amount of $7,572,668.65. The school district is receiving this funding as part of the State Partnership program.

To culminate the ceremony, several legislators, students, school officials and other community members officially broke ground with shovels adorned in blue and gold ribbons. Assistant Principal Terri Bone surprised the audience, as she operated a bulldozer in the background while the Sheridan High School Band played the school's fight song.

The land in front of the high school has been cleared for construction to begin on the new high school addition. In order to build the addition, the district removed the sidewalks located in front of the building. Much of these sidewalks included the engravings of graduates' names from the following years: 1971-1973; 1975; 1980 – 1987. Pictures of the sidewalks were taken by Gifted and Talented / AP Coordinator Roy Wilson before the sidewalks were removed. The photos are shown on the Powerpoint slideshow below. Click on the picture to view the slides. The practice of recording names of graduates on the sidewalks discontinued in 2004 due to the cost of upkeep and the sidewalks’ vulnerability to weather damage. Due to the deterioration of the sidewalks, several names were no longer legible when these photos were taken. 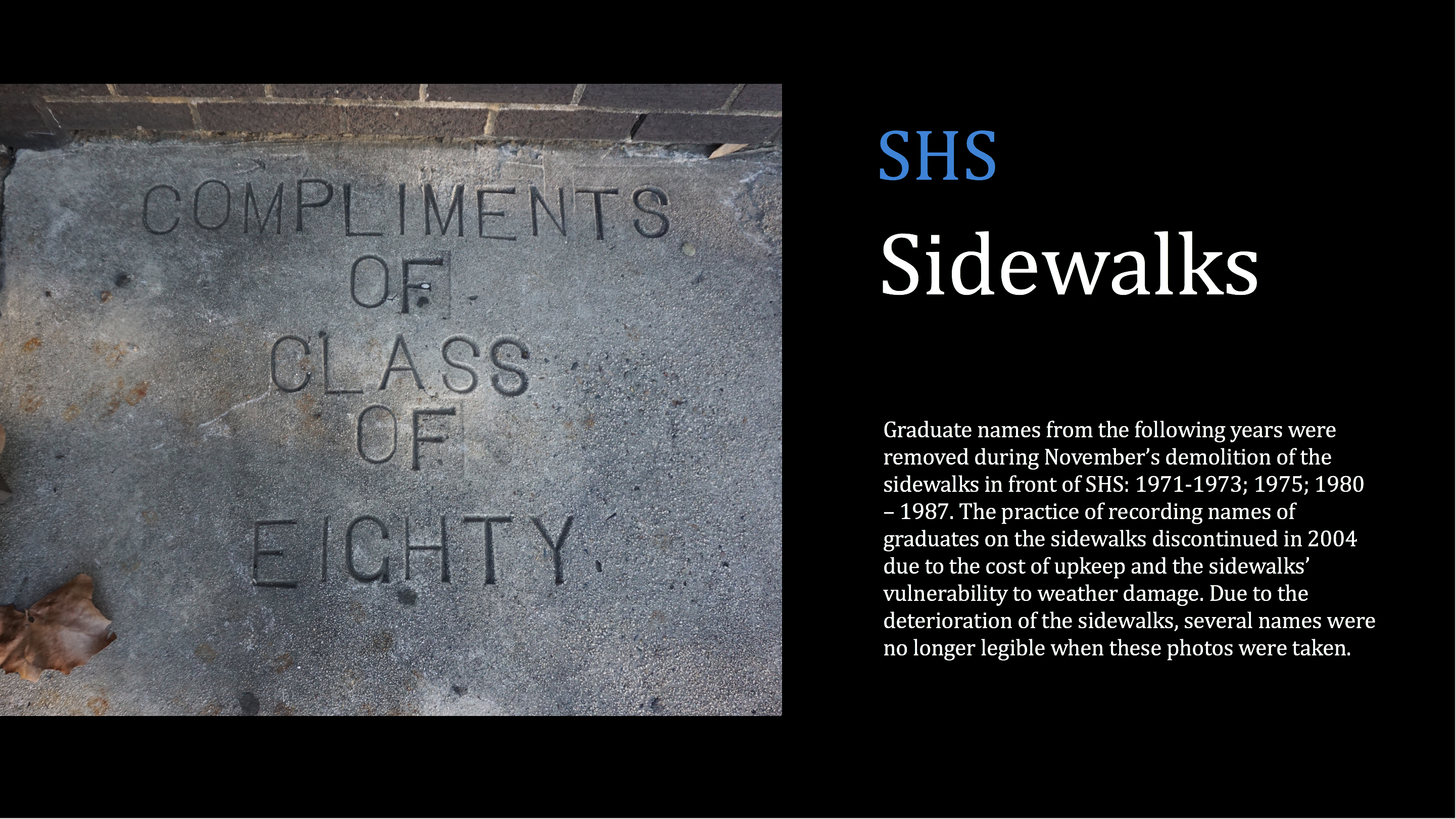