This search form uses an instant search feature. As you type, search results will appear automatically below the search field. When you've entered you desired search terms use tab to navigate through the available results and hit enter to open the selected page or document.
EDIT MAIN

We are thrilled to officially open the beautiful East End Middle School in time for the 2019-20 school year. At the ribbon cutting ceremony on July 28, guests had the opportunity to meet the new East End Middle School principal, Mrs. Lupe, and enjoy passionate remarks from Superintendent Jerrod Williams, School Board President Jody Spann and Representative Julie Mayberry. 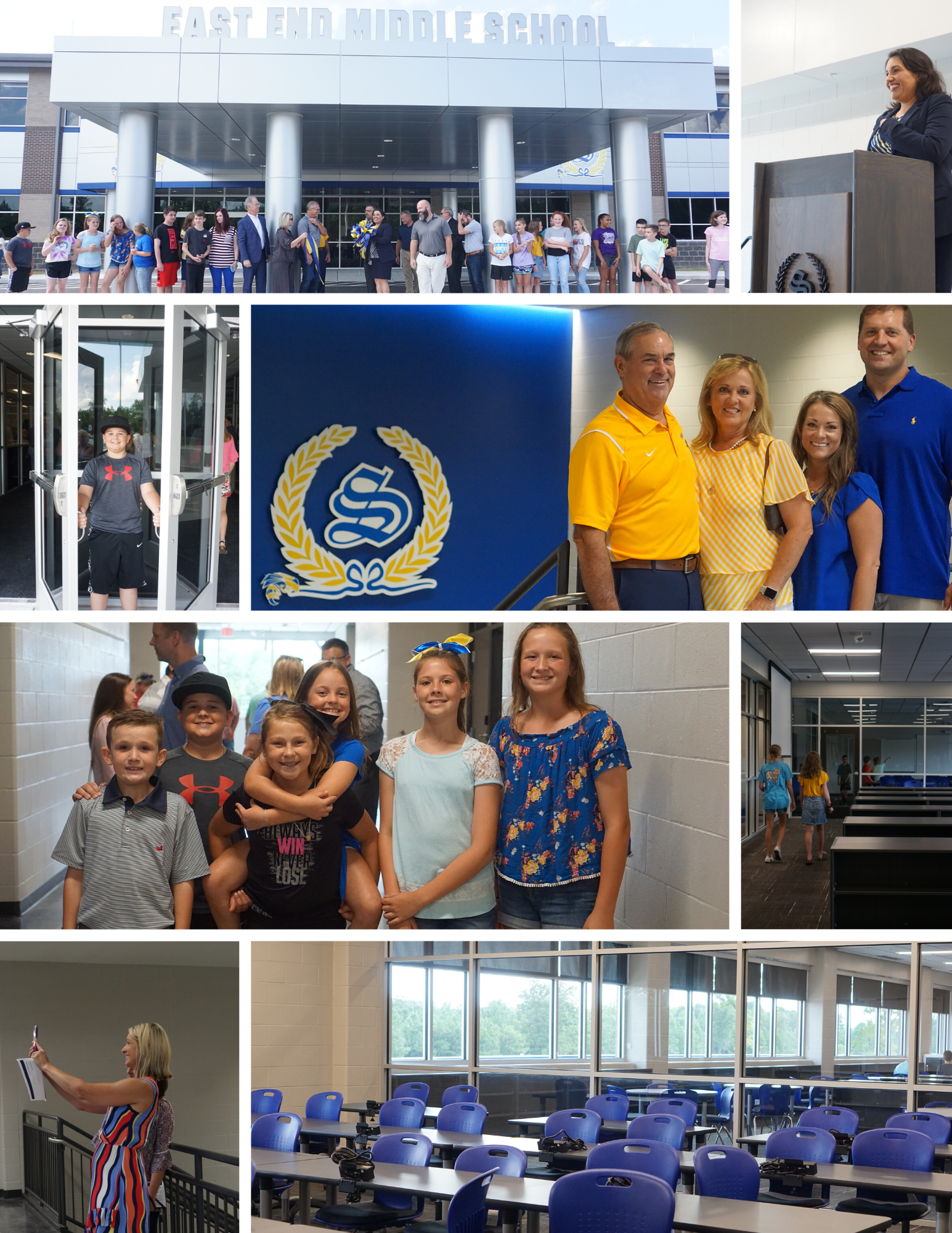 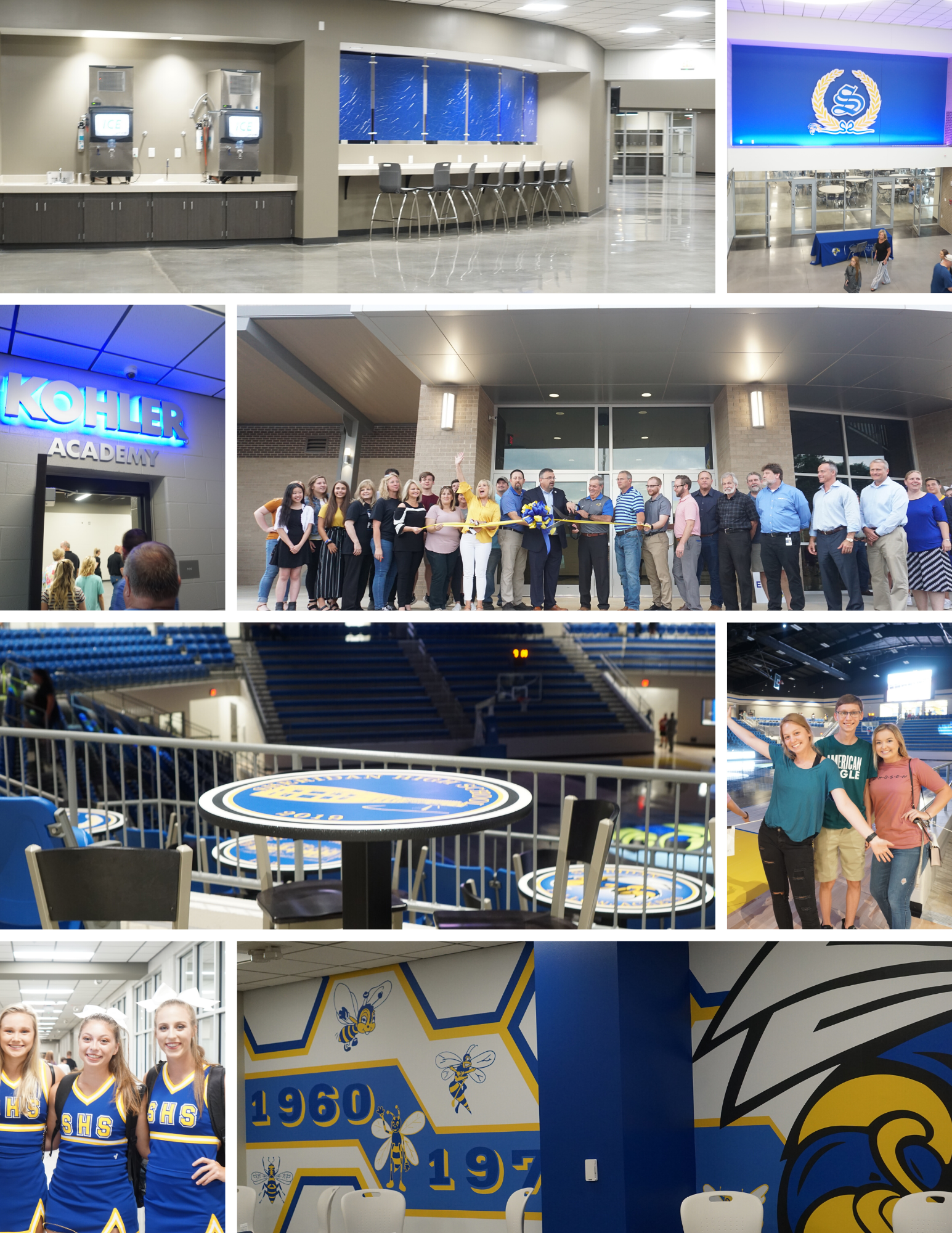 At the September School Board meeting, the board adopted a resolution for second lien bonds, which will net the district $9,752,903.86, to be used for capital projects. The initial (first) bonds were issued in 2016, with a principal amount of $30 million, to complete the facility projects proposed in the millage election.

The bonds will be used for the following purposes.

Build a new science and art addition to Sheridan High School - We are expecting a growth in student enrollment. The state has approved shared funding for this project due to expected growth. Additionally, moving art classrooms out of the fine arts building will be needed to make the auditorium renovations.

Renovate the fine arts auditorium - The district planned to renovate the auditorium with the funding generated from the millage increase in addition to matching funds provided by the state. The district applied for the shared funding from the state twice but was denied after both attempts. The funding generated from the second lien bonds will make up for the funding the district hoped to receive from the state. Renovations will be completed after the art classes currently located in the fine arts building are moved to the new addition.

Construct a new bus shop next to the district’s warehouse located on Hwy 167 - This location is logistically more convenient for the Transportation Department, as it is situated right on a main highway. Moving the bus shop will also provide more space at the high school site.

At the time the bonds were sold, interest rates had dropped significantly. Interest rates were also ideal for borrowers when the district sold the initial $30 million dollar bonds in 2016. Between the two bond offerings, the district was able to keep the debt service costs at the level they were originally quoted in 2016. In other words, due to these savings, we are able to continue our planned facility projects and add a few more projects without asking voters for another millage increase.

Today, Sheridan Middle School students and staff celebrated a milestone in the construction of their new building. Our construction crew placed the last beam at the top of the building’s structure. If you look closely at the photos you will see the beam was covered with hundreds of signatures from our students and staff, an American flag, our school district flag, and an evergreen tree. “Why the evergreen tree?” you might ask.

The tree, known as the topping tree, is an ancient construction tradition that celebrates the completion of the skeleton of a building. In modern day topping out ceremonies the tree is typically attached to the top beam as it's hoisted up in the air to signify the building has reached its final height.

For some builders, the evergreen tree symbolizes good luck for future occupants of the building, continued growth, and a safe completion of the project.

The new Sheridan Middle School will open in the fall of 2020.