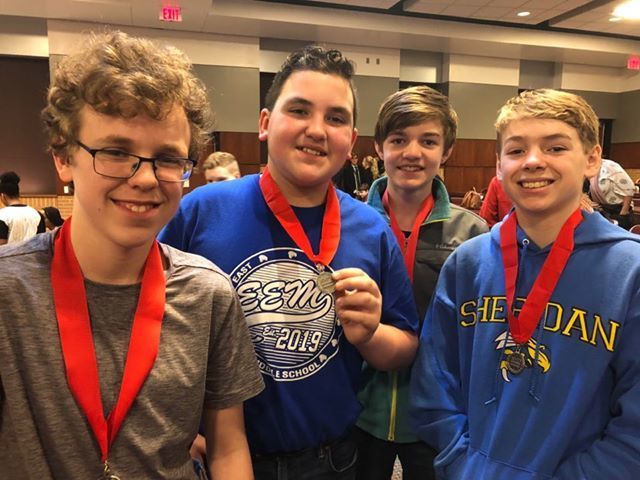 At the state's National History Day virtual competition this weekend, East End Middle School had two groups place from Mrs. Lewis’ classroom. A total of 276 students from around the state participated in the competition.

In 3rd place, winning the $50 prize, were Callie Kilburn, Courtney Mayberry, Braden Reed, and Grant Thomas with their performance on the McDonald’s brothers.

As 2nd place winners, the boys will move on to compete at the international competition! They will not only represent Arkansas but will also represent the U.S. in a competition that will include more than 3,000 students from around the world! According to www.nhd.org, students come from all fifty United States, Washington, D.C., Guam, American Samoa, Puerto Rico, the Northern Mariana Islands, and international schools in China, Korea, and South Asia.

This year the students will not be able to go to Washington D.C. and the University of Maryland because of the COVID 19 pandemic. The 2020 National Contest will be held virtually in June 2020.