During the first week of school, SES Kindergarten Teacher Angel Hollinger checks her school mailbox and discovers an envelope from the Arkansas Department of Education. Intrigued, she opens the envelope and finds a handwritten letter from Stacy Smith, ADE director of the office of coordinated support and services (former ADE Assistant Commissioner).

In the letter, Smith recognizes Hollinger for going above and beyond for her students during the school closure last spring.

Smith, who has never met Hollinger, had the following to say:

"I recently went to get my hair done in Benton and had the pleasure of hearing all about a kindergarten teacher in Sheridan. I was so impressed by what I can only describe as true evidence of a “heart of a teacher.” Jennifer described how her daughter’s teacher would go out of her way to drive by the house, stand in the yard while her daughter stood on the porch just to check on her. She described text messages and calls that just showed how much you cared about her child. While so much of the attention right now is on remote instruction, acts of genuine care and compassion are really the difference makers in education.

"Thank you for going above and beyond. I have no doubt, years from now her daughter will always have the memory of her kindergarten teacher coming to the house."

Hollinger loves her students and works hard to communicate that to her students and their families each year. She doesn’t do it for recognition, but the acknowledgement from ADE definitely warmed her heart.

“It brought a huge smile to my face, and I really needed this after the first week of the 20-21 school year," said Hollinger. “I never dreamed I would be acknowledged by the ADE Assistant Commissioner's Office.” 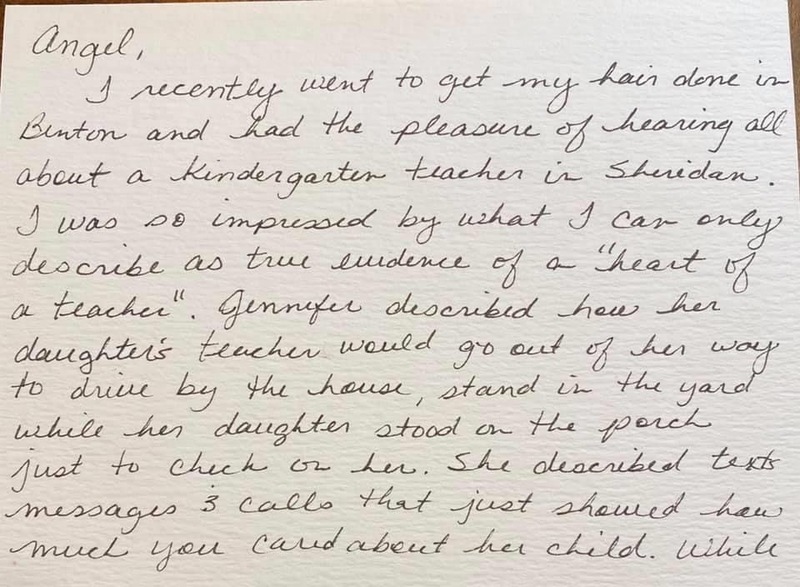 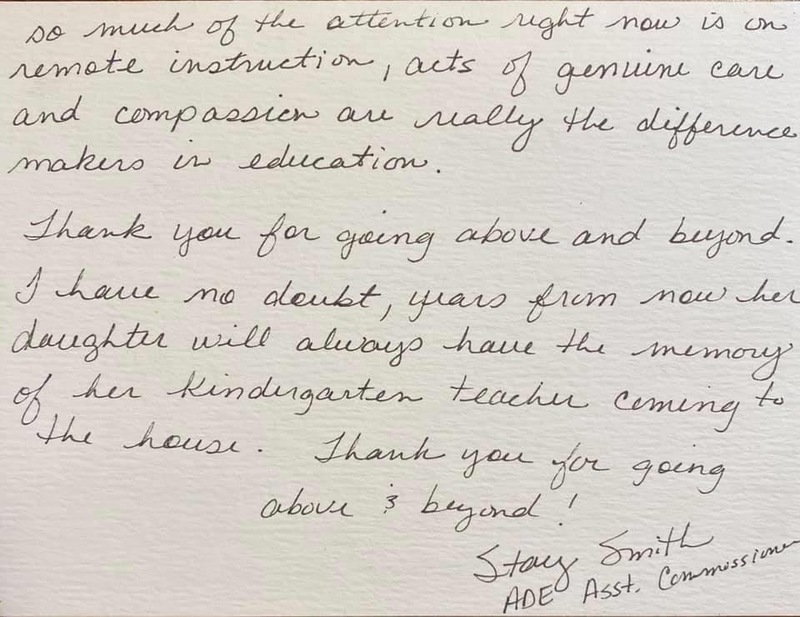