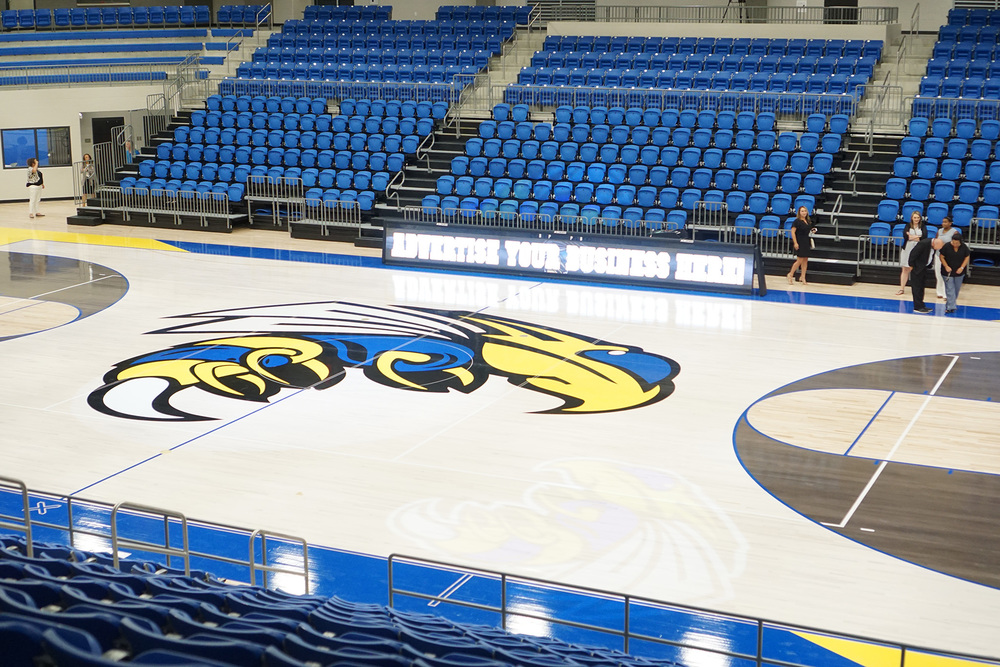 Yellowjacket Arena at Sheridan High School will be the host site for the 2022 Class 5A boys and girls state basketball tournaments. The decision was made by the Arkansas Activities Association and announced at a meeting in Little Rock on Thursday, Jan. 13. The tournaments will be held Tuesday, March 1-Saturday, March 5.

Sheridan was one of five schools that submitted bids to be the host site. Others included Lake Hamilton, Siloam Springs, Jacksonville and Jonesboro.

At full capacity, Yellowjacket Arena seats more than 2,200 people and has on-site parking for more than 700 vehicles. The state-of-the-art facility was completed in the fall of 2019.

“When the district asked voters to approve a 3.8-mill increase back in 2016, the new arena was a key part of the proposed construction package,” said Lincoln Daniels, interim/deputy superintendent. “Voters were told that the new arena would allow Sheridan to compete to host state tournaments and that we would actively seek those opportunities. We are excited to now bring such an outstanding event to the people of the Sheridan School District to enjoy.”