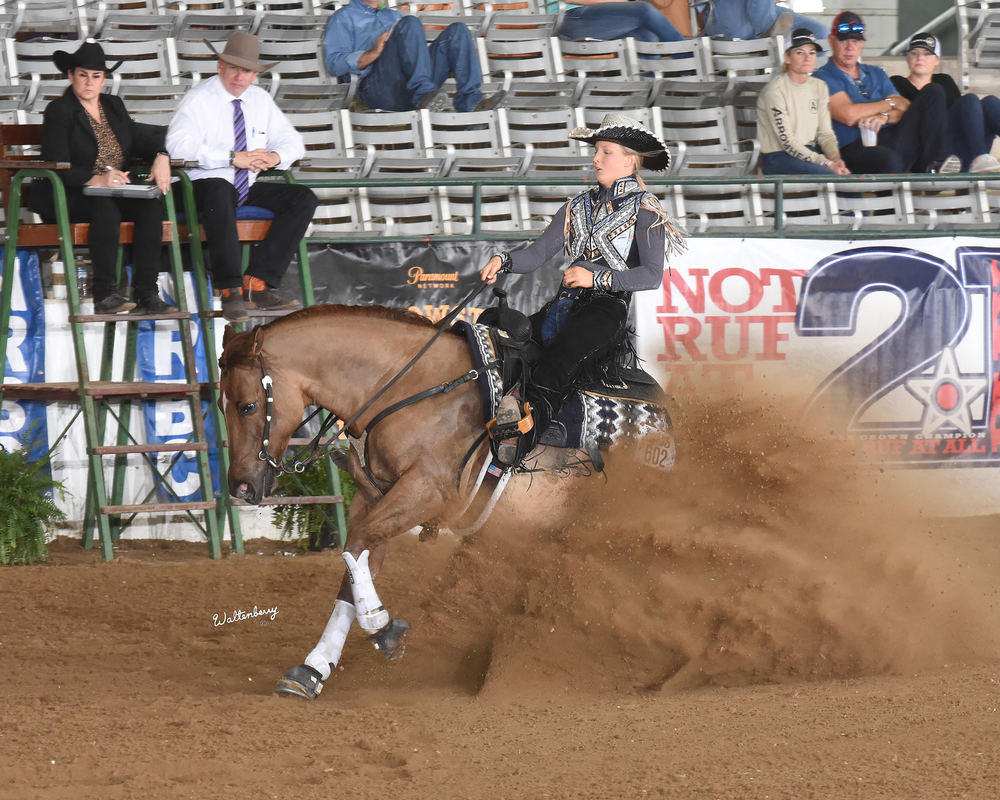 Anna Harris, a senior at Sheridan High School, has been chosen to represent the United States in the World Youth Reining Cup on Aug. 26 in Brazil.  Applicants who wished to be considered had to submit an essay stating why they wished to be chosen and how they would represent their country, along with their individual show record and list of accomplishments. The Youth Committee at the National Reining Horse Association then selected Harris as the representative for the USA.

All of the participants will be riding horses that are donated for the event by local ranches. Each rider will draw a horse to ride and will compete on a horse that they have never ridden before. This is the same type of format that the college equestrians use when competing.

"We are excited for the opportunity that she has been given and look forward to making the trip to watch her compete," said  DeLaina Harris, Anna's mother and a math teacher at Sheridan High School.